How many inventions are discovered accidentally?

Here’s a clear case of serendipity, reported in the Youth’s Companion 100 years ago. 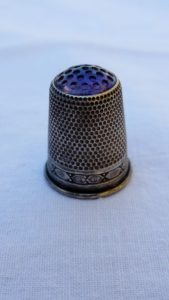 The First Gas Burner: A Woman’s thimble, according to the Popular Science Monthly, suggested the first gas burner. William Murdock, the inventor, first burned the gas as it came from the end of a pipe. One day he wished to stop the illumination quickly. Looking round for an extinguisher, he seized his wife’s thimble and thrust it over the light, which immediately went out.

There was a strong odor of gas, however, and Murdock, seeing that the end of the thimble was full of tiny holes, touched a light to it. Through all the holes jets of flame appeared, and the experimenter was surprised to find that the illumination from those tiny jets was greater than that given by the flare from the end of the pipe. Acting on the principle that this chance discovery revealed, Murdock made what was known as the “cockspur burner.”

This story from The Youth’s Companion appears to be a current news item from 1917; it mentions an article that appeared in Popular Science Monthly in 1916.

When we first looked at it, we made the assumption that it referred to the discovery of the gas burner for a kitchen stove—a serendipitous scientific discovery that had taken place in the early 1900s.

Wouldn’t you think so, too?

But that is not the case.

William Murdock and the invention of the gas burner

It turns out that William Murdock, the inventor of the gas burner, lived from 1754 to 1839.

His discovery was acknowledged in the early 1800s, not the early 1900s, and it was a burner for gas lights that he invented, not gas stoves.

It took a bit of research to figure this out.

Ultimately, the best source was an online book published by the National Park Service, a fascinating account of the history of gas lighting, Gaslighting in America: A Guide for Historic Preservation.

The National Park Service restores old buildings, including the lighting, and furnishes them with authentic items that often come from the surrounding area.

(We have first-hand experience with this, having donated several items to the Harpers Ferry National Park.)

The history of gas lights 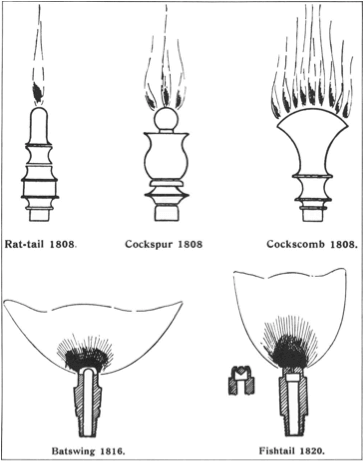 This book traces the origins of gas lighting from the 1700s to the early 1900s, making the point that “As with most scientific discoveries, no one individual can be credited with the ‘invention’ of gaslighting.”

In 1739 in London, John Clayton reported capturing coal gas and throughout the 1700s various experiments were conducted on its illuminating properties.

But it was William Murdock who “raised gaslighting from the status of a curiosity to a practical alternative to candles and lamps.”

Murdock demonstrated that gas lighting was both achievable and economical

Murdock ran pipes to two different factories in England in 1798 and 1805 and demonstrated that it was not only possible but also more economical to use coal gas to light the factories—less than one third the cost of using candles.

“In 1808, the British scientific community recognized Murdock’s achievement by awarding him the Royal Society’s Rumford Medal ‘for a treatise on his application of the illuminating properties of carburated hydrogen [coal gas] for the purpose of furnishing a new and economical light.’”

However, it was someone with better business sense that actually set up the gas companies and developed the sales and distribution. 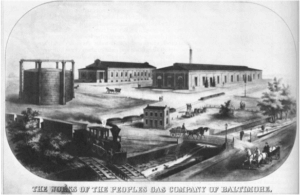 In the United States, the first gas company opened in Baltimore in 1817, and Baltimore became the first American city to have gas street lights.

The practice spread around the country during the 1800s and continued until the outbreak of World War I in 1914.

Then, during last two decades of the 1800s, electricity started to gain popularity and eventually replaced gas lighting.

During the transition there were actually lighting fixtures that used both gas and electricity. 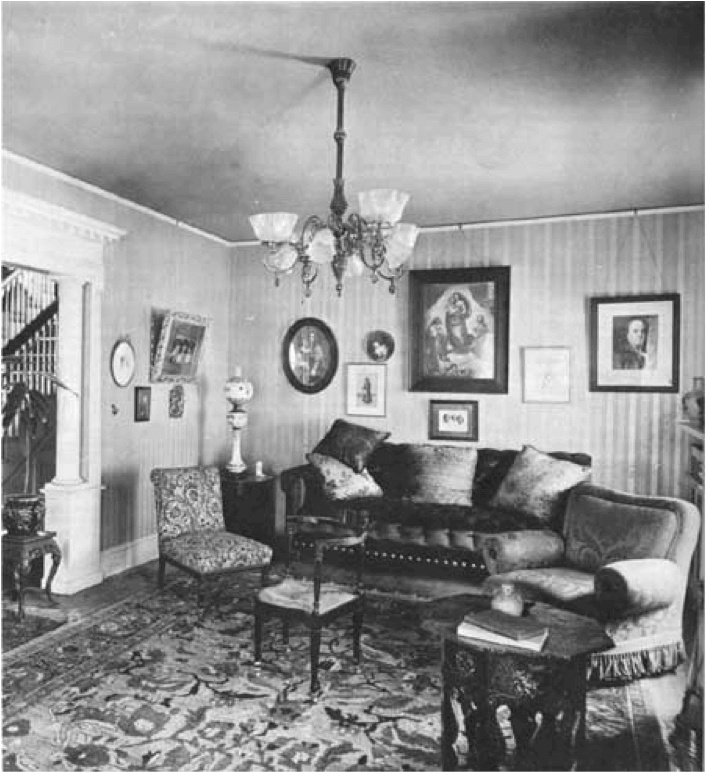 Combination gas and electric fixtures were made from the 1880s until the end of the gas era.

This eight-light chandelier in the parlor of a Colonial Revival house near Boston is typical of the combination fixtures made around 1900, when the photograph by C. H. Currier was taken.

Our present location can color our view of the past

When we found this article on the invention of the gas burner, we were at Chautauqua—a place steeped in the history of the late 1800s and early 1900s. 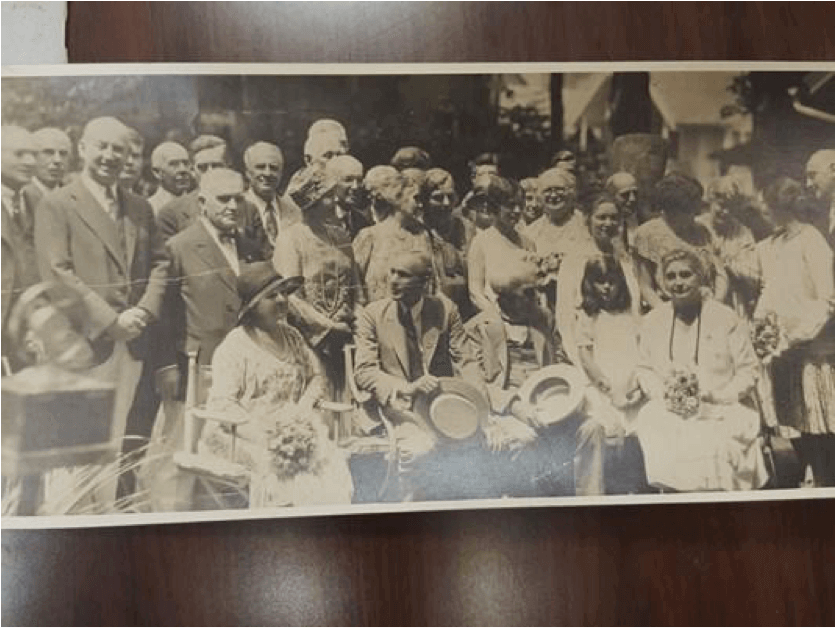 The great inventor Thomas Edison spent many of his summers at Chautauqua, and he even pulled wiring in the Athenaeum Hotel built there in 1893.

So, it is not surprising that we assumed this invention took place in the early 1900s.

Coincidentally, the theme of that 2017 Chautauqua week was Invention.

Pagan Kennedy, Author of Inventology: How We Dream Up Things that Change the World was lecturing at Chautauqua that week. 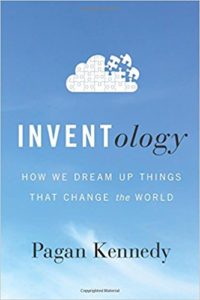 “How are new ideas born?”

This is a question that Kennedy says she has been exploring for more than 15 years as a science and technology writer.

She was struck by “how many of the people who had originated the really big ideas—the objects, the things you use everyday—were not people who considered themselves to be inventors when they began.”

Add to that, our story of the thimble and the cockspur gas burner.

Who would have thought that a humble thimble could lead to an important discovery advancing the development of gas lighting?

So, how many inventions are discovered accidentally?

According to the Chautauquan Daily, “Kennedy discovered ‘that 50 percent of people who came up with a patentable idea’ had done so without looking for it.

Question answered: Serendipity is the mother of invention 50 percent of the time.