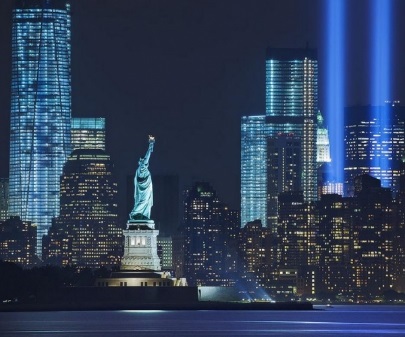 We can all remember exactly what we were doing when we heard—and saw—the horrendous events that occurred 16+ years ago today.

Those events are burned into our collective psyche as we reflect back on that day.

And now we perceive another potential for a terrorist attack originating in the Middle East.

It raises many questions: How do events on another continent ultimately affect us here at home? Are there terrorists already in our midst, planning death and destruction?

What can we do to protect ourselves? Will taking military action overseas help us, or could it be detrimental?

Can war be just? What role does religion play in these conflicts?

One hundred years ago people in the United States were watching World War I erupting in Europe and they must have had some of the same questions. I looked back at The Youth’s Companion of September 10, 1914 and found this thought-provoking article.

The author wrestles with war’s inherent destructiveness and how the Christian faith confronts the terrible questions raised by war.

“The War and Christianity” The Youth’s Companion September 10, 1914

It is complained that the war in Europe is unchristian. Yes, but the condemnation of the spirit and the deeds that brought it on is Christian, and that is a fact of enormous significance. Of course a Christianized continent ought to get along without such wars, and the fact that Europe does not is evidence that Europe is still imperfectly Christianized. But Christianization has often come out of wars, and is likely to come out of this one.

We hear that this great war will put civilization back fifty years; but let us not depress our souls with too much confidence in that opinion. The war will compass an immense destruction of life and treasure, but it will not destroy knowledge; and knowledge is the world’s great asset. Although all of Europe should perish, —which it will not, —knowledge would survive in the other continents, and especially in this one. Man’s power over nature—that power which will presently be doing such prodigious feats of restoration and repair—will still survive.

If the Christian idea—the idea of human brotherhood and the golden rule—ought always to govern the dealings of men, then we begin to see clearly the relation of this war in Europe to Christianity; then it becomes a terrific demonstration of the penalties that inevitably attend a violation of that supreme truth.

Let us take courage about this war. Europe is a quarry out of which a great new building is to be built. It must be torn apart in order that the stones may be got at, but the new construction should far surpass the old. It is a war to save Europe, not to destroy it; to make of it a fit abode for the spirit of man to expand in, unvexed by the ambitions of dynasties, by unrebuked larcenies of lands and peoples, by bartering of the souls and bodies of men in diplomatic councils. It is a war to deliver great nations from false gods and mistaken policies, from militarism and the rule of force, and to put them on the road to the accomplishment of great things in the world of civilization. 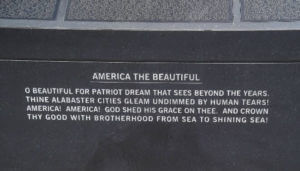