The last weekend in May is the unofficial beginning of summer—Memorial Day Weekend. This is when the swimming pools open, boats are launched, grills fired up, schools are closed (or closing soon for summer vacation), and local parks blossom with families playing outdoor sports and eating picnic lunches.

There are patriotic parades and celebrations remembering soldiers who have died in wars, but most Americans are probably focusing on summer fun. 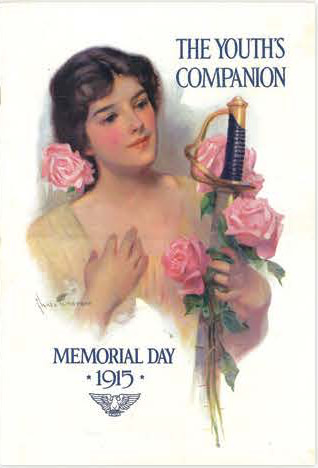 Memorial Day began soon after the end of the Civil War (1861-1865). For many years it was known as Decoration Day, a time when people decorated the graves of fallen soldiers with flowers, flags, and wreaths.

More than 600,000 soldiers had perished during the bloody battles, and home communities were profoundly affected by their losses. Both in the North and in the South, people began laying flowers on soldiers’ graves as a way of honoring their dead.

In the North, General John Logan, the commander of a Union veteran’s group is credited with the first Memorial Day address.

In 1868, Commander in Chief John A. Logan of the Grand Army of the Republic issued General Order Number 11 designating May 30 as a memorial day

“for the purpose of strewing with flowers or otherwise decorating the graves of comrades who died in defense of their country during the late rebellion, and whose bodies now lie in almost every city, village, and hamlet churchyard in the land.”

In the South, groups of women decorated graves of Confederate soldiers in the spring when flowers came into bloom. Eventually, they formed the Daughters of the American Confederacy and organized their local celebrations of Memorial Day, held on various days, not necessarily May 30.

My grandmother had a bountiful flower garden. When I was a child, I remember her cutting bright pink peonies, blue hydrangeas, white “snowballs,” and other flowers for the cemetery. 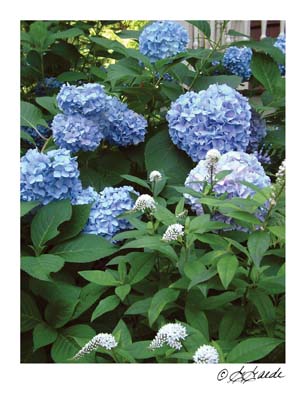 On Memorial Day, we would load the colorful blooms into baskets that were too large for me to carry and head to the family burial plots. I would help her lay the flowers down one by one, in neat rows that covered the graves, with the blossoms pointing to the headstones.

It was a time to honor and remember family members I had never met, but through my grandmother, I felt a connection to them. She always named them, telling how they were related to me. 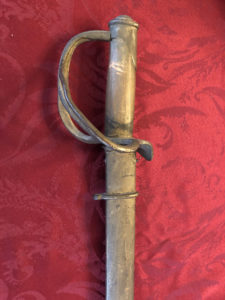 Another memory is my grandmother’s stories about the Civil War—told by her grandparents—of Union and Confederate soldiers crisscrossing the farm where she grew up.

Left behind was this sword, similar to the one in the Youth’s Companion Memorial Day 1905 illustration. Our collection of Youth’s Companions spans 40 years, from 1880 to 1920, and these popular newspapers were filled with fascinating articles and stories.

There are a number of Youth’s Companion stories about the Civil War, and this is one of my favorites: “An Appomattox Episode,” by Homer Greene. It was published on June 13, 1907, as part of an American History Series, The Civil War: Tales of the Blue and the Gray.

This is a true story of a horse much loved by his Confederate soldier owner, and how it ended up at Appomattox in the hands of General Grant.

It is a tale of compassion at the end of the tragic Civil War conflict and a reminder that respect for our enemies can lead to lasting peace.

Notice the sword held by the soldier standing behind General Lee.