Have you ever heard of Chautauqua?

It’s a magical place where you can experience the past, the present, and the future, all in one day.

Surrounded by historical structures dating from the 1880s and 90s, you are in the past.

You are in the present because you are experiencing extraordinary natural beauty and a plethora of art, music, dance, and lectures that make you think.

And as you process new ideas and experiences, you may be inspired to reshape your own future. 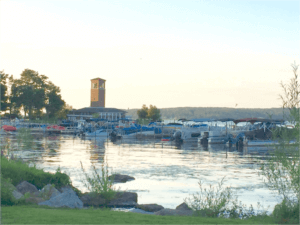 Each year Chautauqua comes to life like “Brigadoon” for a nine-week season with four program areas:

During the season, at any one time there are about 7,500 people living on the campus, and over the summer 100,000 attend scheduled events such as plays, operas, concerts, classes, and lots of lectures. Each of the nine weeks has a theme.

The Chautauqua season offers over 2,000 events

Recently a friend asked me what was most memorable about the 2017 season at Chautauqua.

Now given that there are over 2,000 events that take place there during those nine weeks, it’s hard to know where to start. 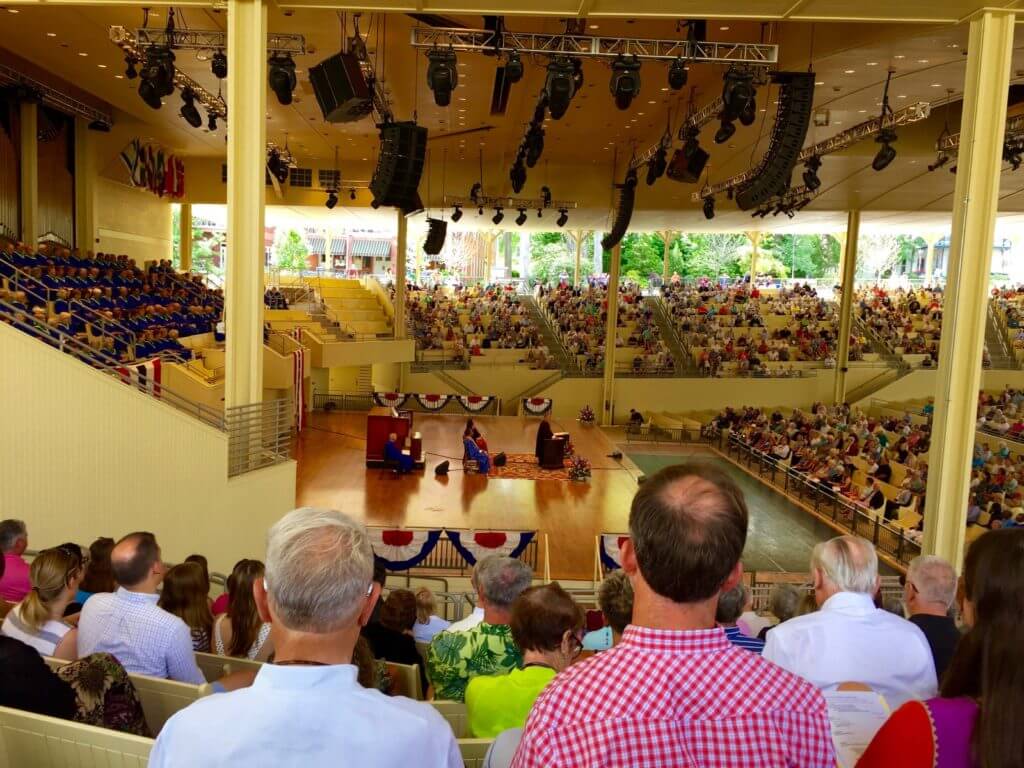 But for me, the week on Invention stands out—at least for the moment.

Over the next nine months I plan to write about each of the nine weeks.

The 2017 season opened with a week on Invention

During this week, the morning lectures featured five outstanding speakers who touched on various aspects of creativity and invention:

Obi Felton Director of X Foundry (formerly Google X): the role of teamwork and the importance of failure in the innovation process

Lisa Deluca IBM Engineer and most prolific female inventor: the fun of inventing and the creative process

George Kembel Founder of the Stanford University d.school: the importance of interdisciplinary collaboration and project-based learning

Pagan Kennedy Author of Inventology: How We Dream Up things That Change the World: how luck and chance are part of the inventive process

You can read about all these lectures in the Chautauquan Daily, available online, and you can see the lectures by Felton, Schelle, Deluca, and Kennedy on Chautauqua’s YouTube channel.

Lectures on Invention in the “renewed” Amphitheater

People say that you can’t really describe Chautauqua—you have to experience it. You have to go there. 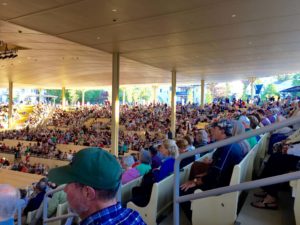 Picture this, if you will, sitting in a newly rebuilt Amphitheater with three or four thousand other eager Chautauquans, listening to lectures about the latest scientific innovations, on the campus of an institution that was founded in 1874.

Indeed, the Amphitheater itself is a study in contrasts—a brand new structure that sits on the site of the previous Amphitheater built in 1893 and demolished (except for the organ chamber) last September.

The “renewed” Amphitheater looks so much like the old one that some returning visitors did not realize it was a completely new building, miraculously completed off-season in just nine months.

My personal experience at Chautauqua

For me, Chautauqua is an intensely personal experience—a journey that began when I was a child, in 1953.

It was an important anchor in my life, a recurring comfortable tradition each summer.

Growing up in small towns, it was my gateway into culture—Shakespearean plays, operas in English, symphony concerts, ballet performances, even seeing pop stars like the Kingston Trio and the Beach Boys. 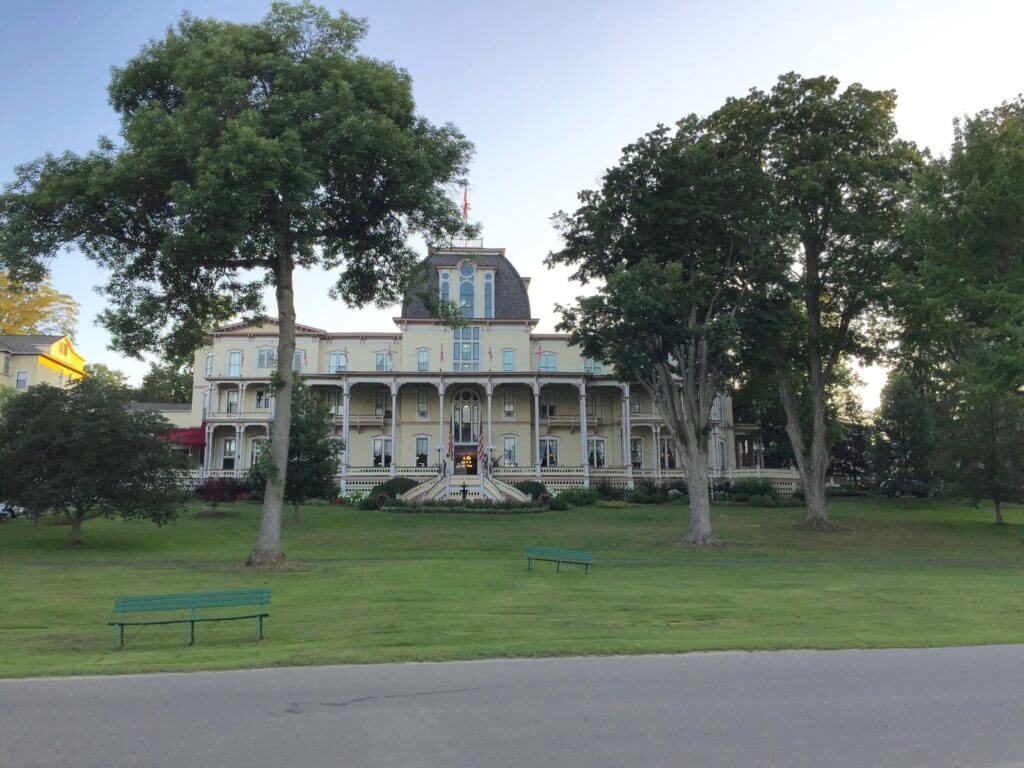 The Athenaeum and Edison’s cottage

Going there was like traveling back in time, surrounded by buildings created in the 1880s and 90s—from the little gingerbread cottages to the grand Athenaeum Hotel, one of only two remaining large wooden hotels in the United States, and one of the first structures to be electrified—by Thomas Edison himself. 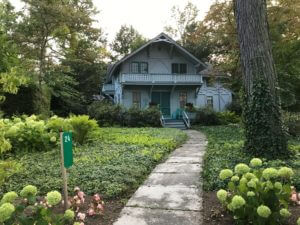 I could even walk past the small green cottage where Edison spent a number of summers, having married the daughter of one of the founders of Chautauqua.

And today my experience is much the same.

Edison’s cottage and the Athenaeum are still there.

I still feel like I have gone back in time to the 1880s and 90s when I walk the streets of Old Chautauqua.

History lives on there.

While at Chautauqua this summer, we continued our work on The Youth’s Companion, a popular and influential family magazine published from 1827 to 1927.

We are digitizing the paper copies from our family collection, pulling out interesting articles, and then presenting them on our website with commentary and lesson plans.

Chautauqua and The Youth’s Companion: the same time period

For me, it is a double whammy—reading the living history revealed in The Youth’s Companion while being in Chautauqua.

There is an uncanny parallel: our collection spans the years 1880 to 1920, in some ways the heyday of both The Youth’s Companion and historical Chautauqua.

My task is to find interesting historical gems in The Youth’s Companion and bring them to life in the present.

What better place to do that than Chautauqua!

Circling between the past and the present

Patricia MacLachlan, author of the children’s book Sarah, Plain and Tall, has said, “Life is made up of circles … Life is not a straight line … And sometimes we circle back to a past time. But we are not the same. We are changed forever.”

And so it is with me—circling back and forth reading the living history of the Youth’s Companion, trying to determine its relevance to life today and in the future, while revisiting a place where I grew up.

When we return to Chautauqua each summer, the gatekeeper and many others greet us by saying “Welcome Home!”

It is a deeply satisfying experience, returning home—reclaiming the familiar streets, walking down to see the mood of the lake, feasting our eyes on the many flowerbeds to assess whether this will be a good summer for the hydrangeas.

It was originally a rooming house—bedrooms with a sink, and a bathroom down the hall with a claw-foot tub, renovated into condos 100 years later in the mid-1980s.

The owners are our dear friends—from Ohio, New York, Pennsylvania, Washington DC, North Carolina, and Florida—and we greet them with gleeful, warm hugs.

Returning to the Amphitheater for the first time each season I am sure to see my friend Bob ushering at the gate.

We were children together here, staying in one of those rooming houses with the claw-foot tubs and a community kitchen.

This summer he said, “You know, it’s always good to see you again and think about those days when we were kids.”

Yeah, I remember sneaking down to the kitchen for ice cream after it was closed at night, and playing volleyball over the Quiet Please signs.

And by the way, this summer ended with a concert by the Beach Boys, the Amphitheater transformed into a starry wonderland by the audience waving their cell phones in time to the music.

Everything old is new again.

Want Us To Let You Know About Future Articles Covering Chautauqua And Other Related Content?

We will never spam you or share your information.